Truman Capote claimed he didn't take notes during interviews because he had nearly absolute recall of conversations.

I will make a lesser claim. I can accurately recreate conversations if I make notes soon after and transcribe the conversation in full within a few hours. As a newspaper columnist, I often have to do this. The results are "verbatims," accurately recorded conversations that have been only barely edited for clarity.

Frank is sitting in the passenger seat of the Holiday Inn van on the way to the airport after the 2015 NMA reunion when the driver asks a question. 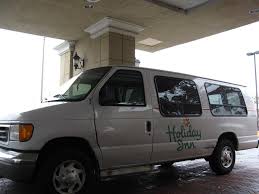 Driver: So, you were with those Navy guys?

Driver: I thought so. There was this guy smoking a cigar out front of the hotel; coupla the other guys told me he was trouble.

Frank: Lots of those old guys are trouble.

Driver: They said you musician guys aren’t having fun unless the shore patrol has to come and break it up. Said that guy with the cigar was the ringleader.

Frank: The guy with the cigar—was he a big guy?

Driver: Real big. Wish I could remember his name; Jerry, something like that.

Posted by Frank Mullen III at 5:11 PM No comments: