It had to happen, eventually: Lee Hudson has found NavyLyres.

Milton Leander Hudson (a wussified name if ever there was one) is my archenemy, a whining, drawling, dimwitted former first class pussy-officer who made life at Navy Band Newport a living hell. It's been more than twenty years since this waste of human flesh polluted the air of my everyday life, yet not a day goes by that I don't thank Providence that my life is now Lee-free.

Despite the primitive nature of his fly-speck brain, Hudson's idiocy is not complete--somehow, he has convinced a grownup to show him how to turn on a computer; yesterday he posted a comment in the Navy Lyres Guestbook. Reading between the illiterate lines of his commentary, it's clear that he is a) attempting to insult me and b) trying to be funny.

He fails at both, of course. We're talking about a bozo who could march (sort of) or play the tuba (sort of), but not both at the same time. When it comes to barbed humor, you, Mr. Hudson, are no Don Rickles.

Trading insults with a lamebrain like Lee Hudson is like playing "Go Fish" with a five-year-old; you have to shut off four-fifths of your mind, or the boredom will drive you insane. Nevertheless, because Hud-bucket's message deserves response, I reprint it here:

Frank, leave it up to you to have the cheapest, dirtiest, asslickin' blog site anywhere. You aint seen nuttin' yet - just wait 'til June at the reunion when I zap you with the howitzer - man, is it gonna hurt. Couldn't think of a more deserving recipient. Anyway, nice to talk to you, you worthless, incompetent, derelect of society. Lee hudson sends these beautiful words of salutation!!

Firstly, one notes the general low level of literacy. Halfwit Hudson litters the landscape with apostrophes in a fruitless attempt to portray himself as a growlin', hep-talkin' he-man. These gratuitous punctuation marks come to roost everywhere except where they belong ("aint" would be grateful for an apostrophe, I'm sure). Nor do they hand out Navy Achievement Medals for the sort of spelling we see here ("derelect" I can understand; the uncapitalized "hudson," however, mystifies me. Despite his inferior intellect and limited human potential, you'd think he could spell his own name correctly.)

(I feel compelled to add that, the last I knew of Hyuck-Hyuck Hudson, he was completing a Ph.D in, I seem to recall, education. You may supply your own punch-line here.)

Now to specifics. The first line is a Hudsonesque attempt at cutting humor. He has strung together adjectives in hope that they will add up to something. They don't. Sinking to the vulgar ("asslickin'") is the sign, we were taught in second grade, of someone who has nothing to say.

It is the second sentence that worries me. "Wait 'til June at the reunion," he says. No matter how I parse this sentence--and I have spent a half-hour poring over it, failing to find any possible benevolent interpretation--I can only conclude that Crudson is threatening to attend the next reunion of the Navy Musicians Association.

I understand that the NMA serves to "bring together, through annual reunions, past and present members of navy bands"; I always assumed, however that the word "members" referred to human beings. Have I assumed too much? I publicly warn all members of the NMA, here and now, of the slippery slope we embark upon if we open the reunion doors to members of the subhuman Hudsonic species. As Senator Rick Santorum has so presciently warned in another context, "What's next? Man on dog?"

It is when Ha-ha-Hudson threatens to "zap [me] with the howitzer" that it becomes obvious that he is the same braggart of a blowhard I once knew.

The reference to "the howitzer" harks back to the Rubber Band Wars of the 1980s, an era during which opposing gangs roamed the passageways of Navy Band Newport. My gang, "The Showband," ruled forcibly and eternally over Leenie-weenie Hudson's "Admin Wimps," despite his use of "the Howitzer," a large rubber band used by the intra-base Guard Mail courier to secure large bundles of mail. This threat scares me as much now as it did then; that is, ho hum, nitey-night.

I will now conclude by addressing Librium Hudson, Commandant of the Moron Corps, directly:

Attend the next NMA reunion at your own peril, you rank, wet piece of twaddle. There is no howitzer powerful enough to protect you from the destruction that awaits you.

You threaten me? You and what army? While I am perfectly capable of, and willing to, humiliate you singlehandedly, be warned that every annual NMA reunion attracts an increasingly large contingent of Navy Band Newport members. If war-drums begin beating and they are forced to pick sides, to whom do you think they will pledge their loyalty?

Think about this hard, pea-brain. Recall the loneliness and defeat you suffered when you could barely rely on the support of the phone watch and duty bugler, while I commanded legions who were only too willing to join my cause at the drop of a ball cap.

Salutations to you too, buddy,

Posted by Frank Mullen III at 8:50 AM No comments:

For those who have trouble leaving comments

Background: It has been reported that some personnel are experiencing difficulty leaving comments to posts at Navy Lyres. Investigation shows that these persons are exclusively Old Men With Computers (OM/C). This directive addresses this problem.

Goals: Upon successful completion of this section, OM/C should be able to leave short comments to posts at Navy Lyres without having to email Frank Mullen with unwarranted complaints about the commenting feature not working.

1. At the bottom of the post you wish to comment on, click on the "comments" hyperlink. (The word "comments" may be preceded by a number. (Example: "4 comments." This means four OM/C have figured out how to do it. You can, too.)

3. Next, you will see a short string of letters. Type these bogus letters in the "word verification box." Do not try to understand why you are doing this. It's like shining your shoes before an evening parade on a muddy drill field. Just do it.

4. Now, you are required to "choose an identity" by clicking the appropriate circle. This is, without fail, where OM/C go wrong. Every time. Old Men with Computers should now pay very, very close attention:

A. "Google/Blogger." NOOOOOO! The Navy Lyres Webmaster has declared this option Off-limits to OM/C. This is for registered Google/Blogger users who know the secret handshake.

B. "Other." YESSSSSSSSSSS!!!!!!!! Choose this selection, shipmate. Boxes are provided if you want to add your name and/or websites.

C. "Anonymous." This will work, too, although it won't include your name, unless you include it.

Summary: When commenting, choose "Other." This is the only thing you need to know.

I look forward to hearing from you. Should you have any difficulty, let me know. It's easy:

You can find it in your old Honors and Ceremonies study guide, or read it in SECNAV Instruction 5720.44A, Events for the Internal Community. 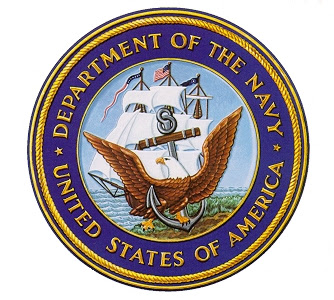 After years of performing at annual Navy Birthday balls, concerts, ceremonies, parades, we handed over our batons, trombones and piccolos to a younger, more energetic corp of MUs. Those of us who saw the CINCLANT Ceremonial Band at the last reunion know: They are worthy to step into our shoes.

Happy Birthday, shipmates. It's good to be one of the guests of honor for a change.
Posted by Frank Mullen III at 6:16 PM No comments: