A Navy Hero is Recognized

"Every hero doesn't have a chest full of medals," said Illinois Governor Rod Blagojevich during a ceremony on the Statehouse steps. "The Frank Mullen Unsung Hero License Plate honors all veterans whose heroism was more of a state of mind than an actual accomplishment."

The license plate, shown below, depicts one of the highest honors won by Chief Mullen.

Posted by Frank Mullen III at 6:51 PM No comments:

This morning I took my guitar out of its case for the first time since the reunion in Memphis and found the set list for the rock band's Saturday night performance: 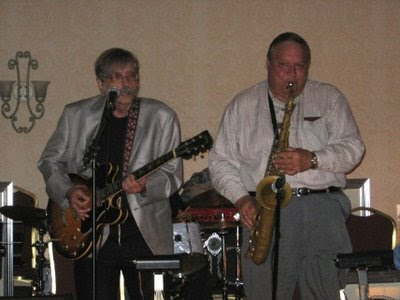 "I Get By With a Little Help from Depends"

"You Are the Sunshine of My Life-support System"

Give this guy a medal

But every audience deserves the best you've got. The full show. That's what you get paid for. That's what professionalism demands.

Here's a guy who knows that. He's fronting the Fleet Forces Band in the Philippines during the 2007 Pacific Partnership humanitarian cruise. He's not saving his best for a TV show or concert hall. He's giving his all.

This is Navy music at its best.

Update -- In an earlier version, I misidentified this band. Thanks to Bob Marquart for passing on corrections.
Posted by Frank Mullen III at 12:22 PM No comments: