I was in the basement and tripped on a box of stuff I've been meaning to sort through. Out fell a  cassette tape in its plastic case.

I thought I lost this recording of I Saw Three Ships years ago. In the early 1990s. I was living in Fredericksburg, VA and arranged the old carol for my old shipmate Dave Lock, who had also left the Navy and owned an audio/visual production company in Wilmington, DE. He was making a holiday promotion for clients, and I was glad to help out.

To sing the lead, we got another old shipmate, Steve Dimond, who was working in Las Vegas. I put together the MIDI tracks in Virginia, Steve recorded the lead vocal to digital tape in Las Vegas, and Dave mixed the whole thing together in Wilmington.

Dave and I haven't seen each other in years. Steve is gone now.

But here we are, together again.

Posted by Frank Mullen III at 12:22 PM No comments:

If you've ever seen the classic Christmas movie "Miracle on 34th Street," you know that Santa Claus can talk to children all over the world, whatever their language or dialect may be.

So it's no surprise that when Santa visits Newport, RI, he speaks with the accent of a southern New Englander. In fact, when you hear Santa talk to Northeast Navy Band's director, LCDR Carl Gerhardt, you'd swear you're listening to NMA member and Rhode Islander Jack Rodway.

Santa's clarinet style is a lot like Jack's, too. It's a shame Jack couldn't make it to this concert; he and St. Nick have a lot in common.

Now that I think about it, you never see Santa Claus and Jack Rodway at the same time. Hmm...

A few years ago I came across a clip of the Russian Navy Showband performing "Let It Be." It demonstrated in a clear and unique manner what Navy bands are capable of doing, not that they should necessarily do them. (I've included it again at the bottom of this post, for those who missed it.)

Today, I present a new addition to the International Hall of Navy Band Greatness. This is the INS Chilika Band of the Indian Navy, headquartered on India's east coast at the INS Chilika Sailor Training Establishment.

Evidently, a new musical practice has swept the Indian subcontinent. Not knowing the precise term, I'll call it "Music Minus Melody." Performer and listener are now equal partners. The band's job is to play, and the listener's job is to try to guess what the band is playing.

In western Navy band concerts, the audience is spoon-fed by a narrator who spells it out for you, as in "The music of Irving Berlin blah blah of Russian birth yada yada but a true American through and through blah blah et cetera 'God Bless America.'"

When "Music Minus Melody is employed, the listener is not offered the smallest clue. He or she must consider the complexities of harmony, texture and traditional accompaniment styles in order to suss out the meagerest of melodic implications.

I believe the band in this clip is playing "(There'll Be a) Hot Time in the Old Town Tonight." You may disagree. Feel free to let me know, and don't feel obligated to prove your reasoning. There is no "right" or "wrong" where "Music Minus Melody"is concerned. It's much like an interfaith prayer breakfast--I pray to Jesus, you pray to the Three Headed Monkey, someone says "Amen," and we all shake hands head to the office.

But I really do think it's "Hot Time in the Old Town Tonight." You'll notice that at about 1:03, the conductor briefly stops conducting. He's clearly as astonished as I was to find trace evidence of a melody.


Oh, yes, I almost forgot; here's the video that started my quest for collecting evidence of greatness in Navy bands. This is the Russian Navy Show Band. For those who saw this when I first posted it a few years ago, be warned: this is not a fine wine that improves with age.

A month ago, I came home from the Veterans Day parade and, to my surprise, found a Navy pennant flying in my lawn. It was a gift from the folks across the street. Rick and Cheri are good neighbors, solid citizens, a proud Army family with three sons serving in the National Guard.

The best way to show appreciation for such a gift is to display it proudly. Our prairie winds, unfortunately, often prohibit this.

But today was calm, so I'm showing my thanks by flying the banner... 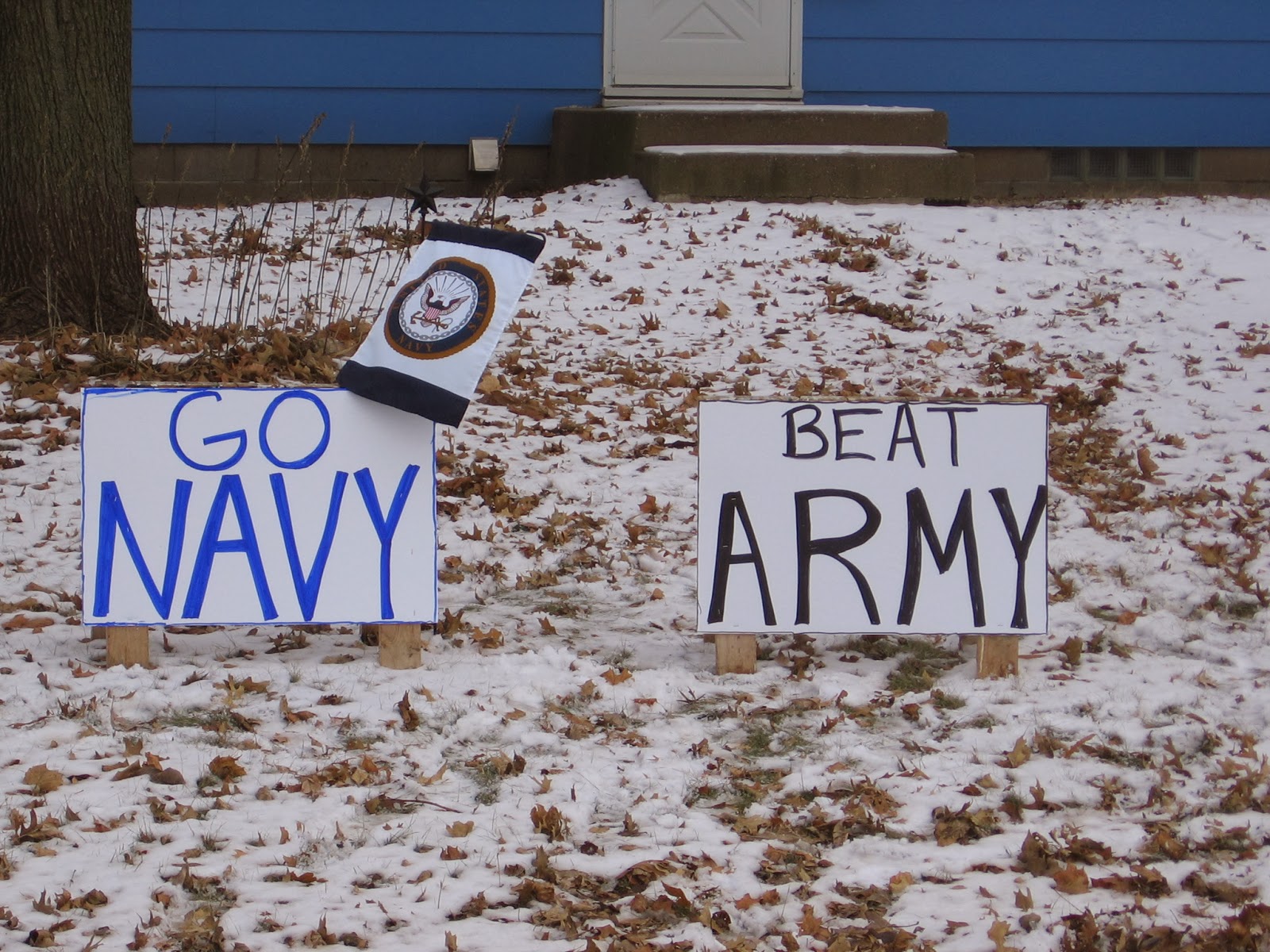 Posted by Frank Mullen III at 7:52 PM No comments: